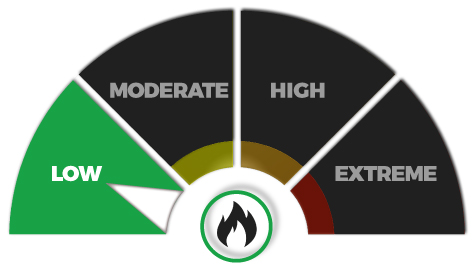 Police services within the Municipality of Callander are provided by the North Bay Police Service.

A Few Other Topics

Open Air Burning Permits are required before setting any open fire, including campfires for cooking and warmth, within the Municipality of Callander.  Permits are available at the Municipal Office, 280 Main Street North.

The Ontario Fire Code (Part 2 Section 2.6, Article 2.6.3.4) states that “open air burning shall not be permitted unless approved or unless such burning consists of a small, confined fire, supervised at all times, and used to cook food on a grill or barbeque".

The burning of any material, in the open air, within the Municipality of Callander is governed by By-law 2015-1446, which was approved by Council on March 24, 2015.

By-law 2015-1446 applies to the setting and control of all fires in the open air and on all lands within the geographical limits of the Municipality of Callander.  A fire wholly contained within a permanent or portable barbeque used for the preparation of food for human consumption is not considered an open air fire under this By-law.

Before setting, or permitting the setting of, an open air fire, the owner of the land upon which the fire is to be set must obtain a Fire Permit from the Municipality of Callander.

The following is a partial list of some of the open air burning restrictions.  Please refer to the Open Air By-law for a complete description of restrictions and your responsibilities.

Fire Season Period (April 1 to October 31, inclusive):
Open Air fires shall only be permitted to burn during the fire season during the period beginning 2 hours before sunset and ending 2 hours after sunrise. The fire season in Callander begins on the first day of April and ends on the last day of October each year.

Fires in Public Places:
Open Air fires are not permitted on any highway, park, walkway, public land or on any Municipally owned lands without written permission from the Fire Chief or his/her designated official.

Forbidden Materials:
The burning of industrial waste, agricultural waste, domestic waste, petroleum products, rubber, painted (or treated) lumber, mixed demolition debris, any material that will cause excessive smoke or harmful fumes, as well as any other material identified in regulations contained in the Environmental Protection Act is not permitted.

Fire Extinguishing Costs:
If Callander Fire and Emergency Services is called to respond to a fire either set or permitted to burn, in violation of the Open Air By-law, the person and/or the property owner who set the fire or allowed it to burn shall pay all costs incurred by Callander Fire and Emergency Services to extinguish the fire. Costs included are those for all personnel, equipment, and apparatus dispatched and used to extinguish the fire.

Costs will be calculated at the current MTO rate (as of May 27, 2019 the MTO rate is $477.00/hour) for each firefighting apparatus, plus personnel, plus any additional costs. Time will be charged from the receipt of the alarm through to the time all responding personnel leave the location of the fire and return to their respective stations.

If the costs of extinguishing of an unauthorized open air fire are not paid, as outlined above, in addition to any other remedies the Municipality may have, the costs shall be recovered in the same manner as municipal property taxes in accordance with Section 398(2)2 of the Municipal Act S.O. 2001, c.25 against the owner of the land.